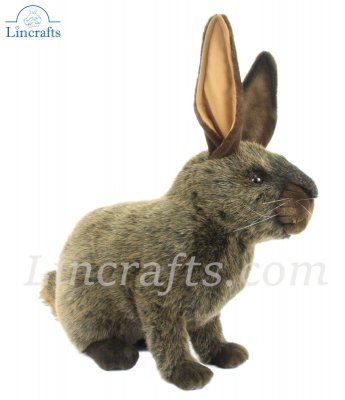 This Giant British Bunny by Hansa has soft ears made from a shorter pile plush than the main body, just as a real one would have shorter fur around the face and feet. It also has support in its feet to keep it sitting upright and not toppling over.

Is made to the highest standards from the finest materials and carries the CE label so it is safe for children and is surface washable.
Size approx. 22.5"(57cm) in length.

The British Giant is virtually unknown outside the United Kingdom. The biggest of all the British breeds, the British Giant has a large, powerful body that’s flat across the back and has a wide front and hindquarters. Its fur is medium length, dense and soft and comes in a variety of colours including white, sable, opal, grey, blue and black. It will need regular grooming to keep its fur in tip-top condition and prevent it from becoming matted. 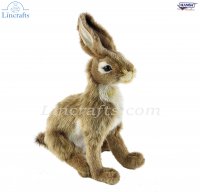 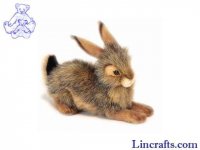 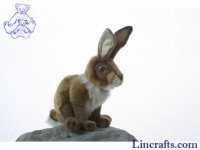 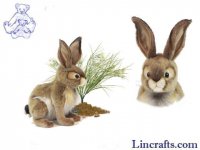 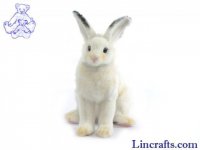