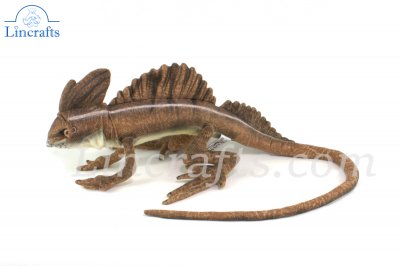 This Basilisk Lizard by Hansa has a brown body and cream underside with added detailing to the upper body and airbrushing around the face.

It has support in its legs so the pose can be changed.

The brown basilisk (Basiliscus vittatus), also commonly referred to as the striped basilisk or in some areas as the common basilisk, is a species of basilisk lizard in the family Corytophanidae.
The species is native to Mexico, Central America and adjacent northwestern Colombia, and has been introduced into the U.S. state of Florida as a feral species. The brown basilisk has large hind feet with narrow flaps of skin on the distal edge of each toe. The fact that they move quickly across the water gives them the appearance of "walking on water" which is why they are also called the Jesus lizard.

The male brown basilisk can reach 61 centimetres (24 in) in total length (including tail), but the female is somewhat smaller. It has a three-part dorsal crest on the head, along the back, and along the tail. Coloration is brown or olive brown with black crossbands. The crossbands are usually only on the flanks and on the dorsal crest. There is also a white stripe, which extends from the eyes to the rear legs. The male has a larger crest than the female. 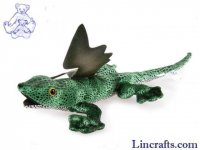 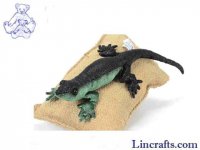 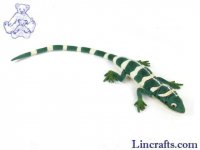 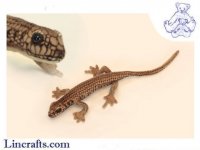