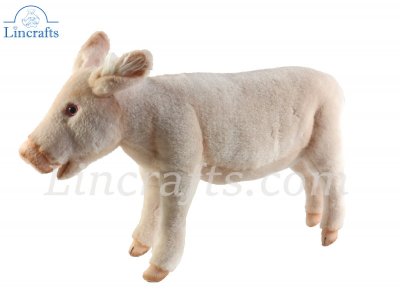 This Pig by Hansa is able to stand on its own as it is stuffed just right with polyester fibre to be cuddly but firm enough to keep its shape. It also has support deep in the legs.

It is made to the highest standards from the finest materials and carries the CE label so it is safe for children and is surface washable.
Approx. size 10"(25.5cm) high, 16"(40.5cm) nose to bum.

Many people who know pigs compare them to dogs because they are friendly, loyal and intelligent. Pigs are naturally very clean and avoid, if at all possible, soiling their living areas. When given the chance to live away from factory farms, pigs will spend hours playing, lying in the sun and exploring their surroundings with their powerful sense of smell. Pigs are very clever animals.

The pig was domesticated approximately 5,000 to 7,000 years ago. Pigs are found across Europe, the Middle East and extend into Asia as far as Indonesia and Japan.

The distinction between wild and domestic animals is slight and domestic pigs have become feral (A feral animal or plant is one that has escaped from domestication and returned, partly or wholly, to its wild state.) in many parts of the world (for example, New Zealand) and caused substantial environmental damage.

Pigs are one of the oldest forms of livestock, pigs were domesticated earlier than cows. Nowadays, pigs are farmed for their meet called ‘pork’, although some keep them as pets.

Pigs are known to be intelligent animals and have been found to be more trainable than dogs or cats. Asian pot-bellied pigs, a smaller subspecies of the domestic pig, have made popular house pets in many countries. Regular domestic farmyard pigs have also been known to be kept indoors, however, due to their large size and destructive tendencies, they typically need to be moved into an outdoor pen as they grow older. Most pigs also have an extreme fear of being picked up, however, they will usually calm down once placed back on the floor.

There are 14 different breeds of pig within the United Kingdom and many more other different breeds throughout the world. UK breeds are divided into two groups, ‘Traditional pigs’ and ‘Modern pigs”. 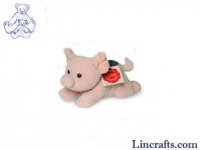 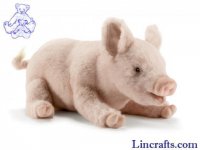 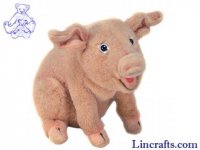 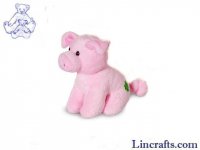