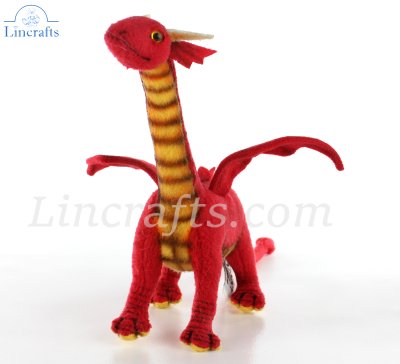 A beautiful little red dragon by Hansa with exceptional details, and a superb colour plush for that realistic look! (yes we do know dragons aren't real). It has support in its legs and neck making it slightly posable.

It is made from the finest materials, synthetic fabric and polyfiber filling, to the highest standards

It is considered that the Welsh kings of Aberffraw first adopted the dragon in the early fifth century in order to symbolise their power and authority after the Romans withdrew from Britain. Later, around the seventh century, it became known as the Red Dragon of Cadwaladr, king of Gwynedd from 655 to 682. 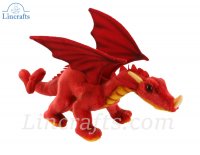 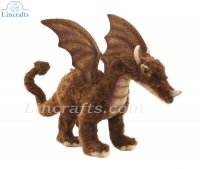 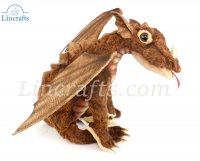